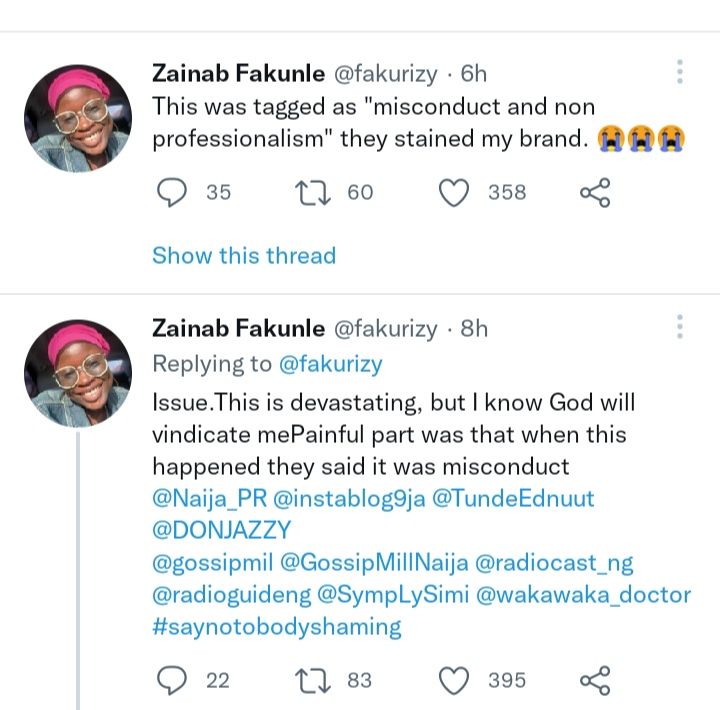 A lady has taken to Twitter to recount her experience while working as an OAP (On Air Personality) For a radio station in Ibadan, Oyogist reports.

According to her, she was laid off after her employer discovered she had the ‘R’ Factor.

‘R’ Factor could be defined as the inability to pronounce words that start with letter R correctly.

For instance, when a person pronounces the word “Rice” as “Lice”, such a person is dominant with the ‘R factor’.

The lady, with handle @Fakurizy wrote on her official Twitter page;

“I’m in pain!After almost 30 days of Ramadan, I got the most devastating news of my life. I was laid off my radio job as an OAP, just because I have “R” factor!

“They laid me off barely a month after resumption! I’ve worked at 3 different stations before now and it was never an Issue.

“This is devastating, but I know God will vindicate mePainful part was that when this happened they said it was misconduct.