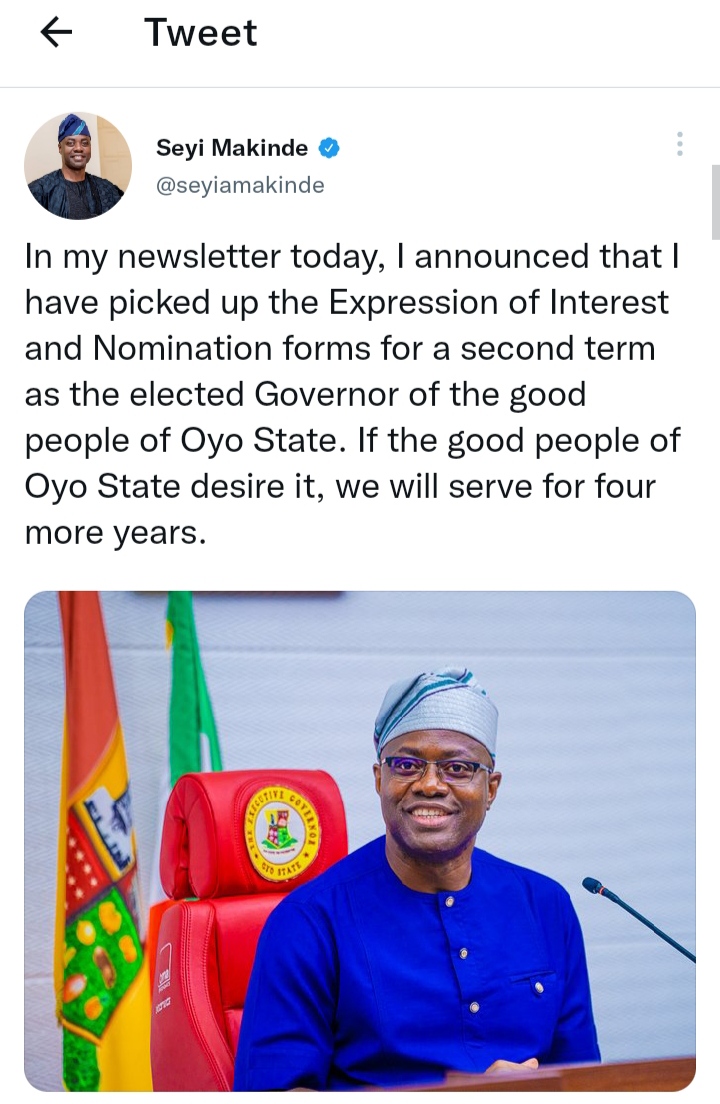 The Governor of Oyo state, Engineer Seyi Makinde has declared his interest to run for governor of Oyo State in the forthcoming elections.

Seyi Makinde was elected governor in 2015 under the platform of the Peoples’ Democratic Party (PDP) after defeating APC candidate.

In his recent newsletter, Mr Seyi expressed interest in contesting for the office of the governor to complete his constitutionally allowed eight years term should the people of Oyo State desire it.

Declaring his interest, the governor said: “I announced that I have picked up the Expression of Interest and Nomination forms for a second term as the elected Governor of the good people of Oyo State.

” If the good people of Oyo State desire it, we will serve for four more years.”