“He does not give me pass”- Mbappe complains about Neymar 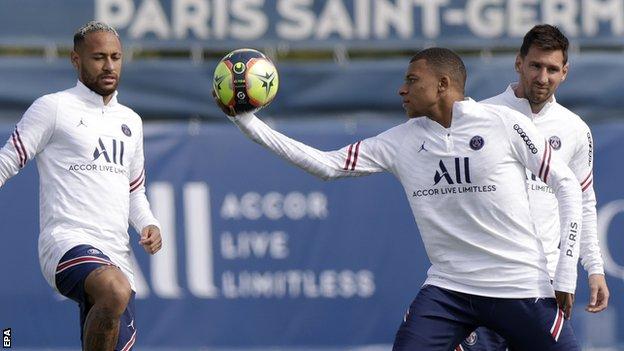 Paris Saint-Germain forward, Kylian Mbappe, could not hide his displeasure towards his teammate Neymar, despite their 2-0 win over Montpellier on Saturday.

Idrissa Gueye and Julian Draxler scored for PSG, as they recorded their eighth consecutive victory in Ligue 1.

They have also stretched their lead at the top of the table to 10 points.

But Mbappe was caught on camera complaining to Gueye that Neymar doesn’t give him the type of pass that led to Draxler’s goal.

According to RMC Sport, Mbappe said: “He (Neymar) does not give me that pass.”

Mbappe and Neymar both joined PSG in 2017 and have enjoyed success together at the club. But their relationship appears to have become strained this season.

Nevertheless, the Parisians are currently in fine form having won all eight league games this season – scoring 22 and conceding just seven in the process.