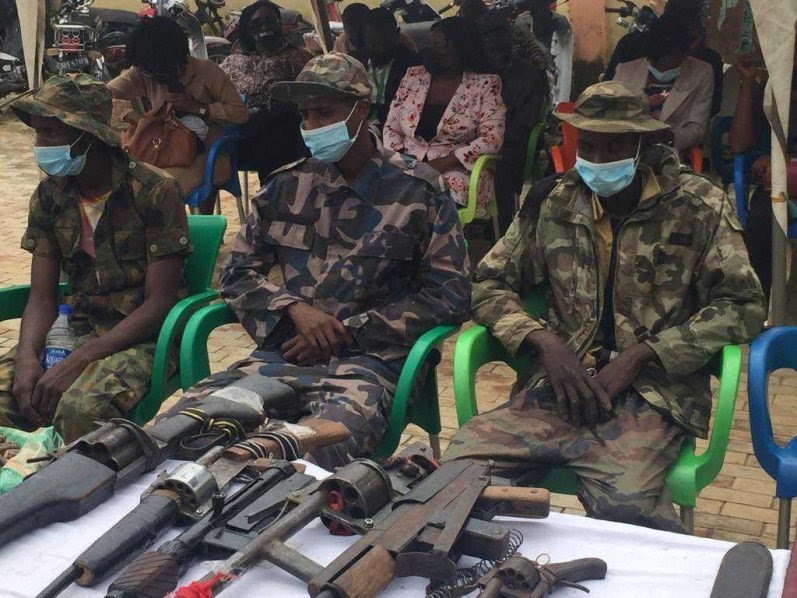 Oyogist.com has learned that the Nigeria Police arrested and paraded three suspected kidnappers in connection with the abduction of over 100 students of Bethel Baptist school in Kaduna State.

The name of the suspects include, “Adamu Bello, Isiaku Lawal and Muazu Abubakar”

They were paraded on Thursday by the Force Public Relations Officers, Frank Mba, at the headquarters of defunct Special Anti-Robbery Squad (SARS), in the Federal Capital Territory, Abuja.

The suspects who were dressed in military camouflage told journalists during interviews that they were among the 25 gunmen who stormed the school recently.

Abubakar, a 27-year-old suspect, said, “Twenty-five of us carried out the operation. We kidnapped 136 students and I got N100,000 share from the money.”

Recall that the school was invaded by armed men suspected to be bandits on July 5, 2021, while 121 students were whisked away.

The students since then have been released in batches and currently about 21 of them are still held captive.