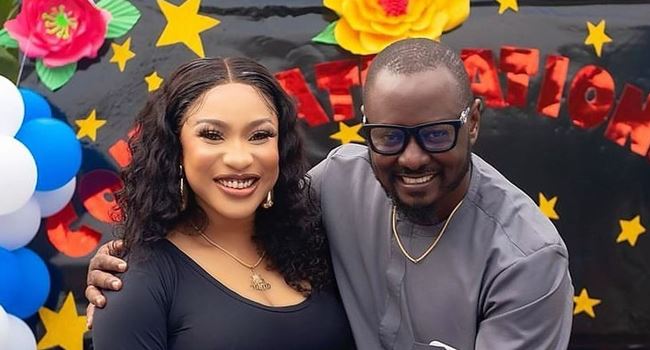 Oyogist.com has learned that Controversial Nollywood actress, Tonto Dikeh has responded to the demand by ex-lover, Prince Kpokpogri that she should take a drug test.

Kpokpogri in a post earlier today said he broke up his relationship with Tonto Dikeh because of her excessive drinking and smoking.

He demanded that NDLEA run a test on her and if his claims are false, he would drop the ongoing trial against her.

Tonto Dikeh , responding asked NDLEA to invite her for a drug test if they ever find any case of drugs against her.

Her post reads: “Dear NDLEA, if you ever have a report of me on drugs, I would gladly show up.

“I will be glad if you oblige us the honour to record the whole process. Thanks and God bless.”

“You can’t use my past to hurt me. A relationship ended privately, you should have left it in peace that way, rather you went ahead with your blackmail and threats and you actually carried the threats out.

“You begged me to come out and publicly defend you and I didn’t. Is that a crime?

“How could I support you with such a demeaning voice note? I would love to respect you but you need to give me the opportunity to do so. Respect is earned.

“This will be my last statement on this.”