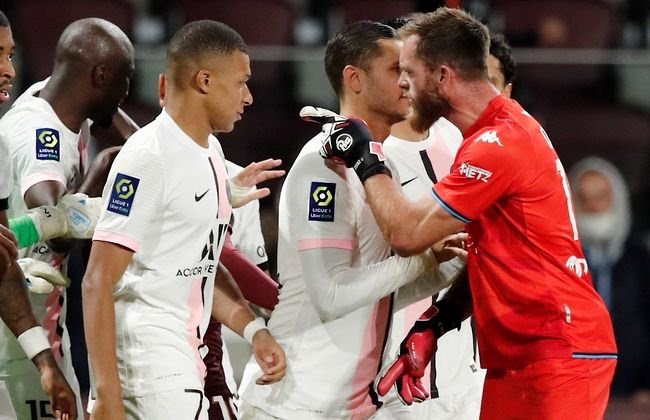 Paris Saint-Germain secured a late Victory in their Ligue 1 match up with Metz on Wednesday evening.

PSG were without Lionel Messi for their game at the Stade Saint-Symphorien.

But it did not look like it would matter when Achraf Hakimi gave the away side the lead after just five minutes.

After the second goal was scored, Kylian Mbappe decided to wind up Metz goalkeeper, Alexandre Oukidja.

was angered by whatever Mbappe said and he ran out to confront the youngster.

But he was met by Neymar who pushed the goalkeeper and sent him flying.