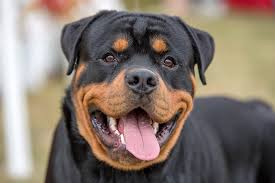 Oyogist.com has learned that a pupil in Global Growth Academy, Amokpo, Umuanunwa, Nteje in the Oyi Local Government Area of Anambra State has been eaten by 10 dog.

It was gathered that the dogs belong to the owner of the school.

According to the residents of the community, one of the parents of the child had taken the boy to the school for registration last Monday.

While the parent was perfecting the documentation and registration of the child, the child strayed and the dogs had attacked, dragged him to their shed and feasted on him.

The resident said the owner of the school is a UK returnee, who rears dogs on the same compound that houses the school.On sighting the baby, the dogs rushed him and made meat of him.

This is coming amidst information that the Nteje community, where the incident happened, culturally prohibits rearing of dogs.

The UK returnee had been warned about rearing dogs in the community, but he refused to listen to the community’s instructions.

It was also gathered that the trained dogs dragged the little boy to their house where about 10 of them devoured the two-old boy.

On hearing the sad news, the youth vigilante in the community rushed to trushed to the school compound belonging to one Chinedu Oka and shot the the dogs to death.

Reacting, the traditional ruler of Nteje, Igwe Roland Odegbo, said the proprietor of the school, Chinedu Oka, knew that dogs rearing were prohibited in Nteje community and went ahead to rear the dogs.

The monarch said, “The young man knows that we don’t accommodate dogs in our community and he went ahead to surround himself with dogs despite warning from the community.

”The traditional ruler said, by the law of the community, the young man had committed murder.

He stated that they have handed him over to the appropriate authorities and they would make sure that justice is served because the community does not condone evil.

He added, “The youths have killed and burnt the dogs and we are in support of their actions.”

Meanwhile, the school has been shut as parents hurriedly withdrew their children and wards on hearing of the tragic incident.