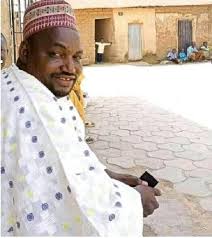 The deceased, popularly known as Dambardi, was reportedly killed in the early hours of Friday in his village, Lere.

Police authorities in Kaduna State said they are aware of the matter, but are yet to get full details of the incident. It was gathered that the bandits stormed the residence of the deceased at about 2am, brought him out and demanded N20 million from him.

Further information has it that Abdullahi told them that he does not have such an amount, the bandits insisted that he must raise the money or they would kill him.

In the process, the late Abdullahi took them to some butchers who raised only N250,000 for him.

Angered by his failure to raise the N20 million as they demanded, the bandits immediately took him away to the Saminaka, Mariri- Zango highway and shot him to death.

“The media succeeded in bringing my brand to ground zero.”- Blackface