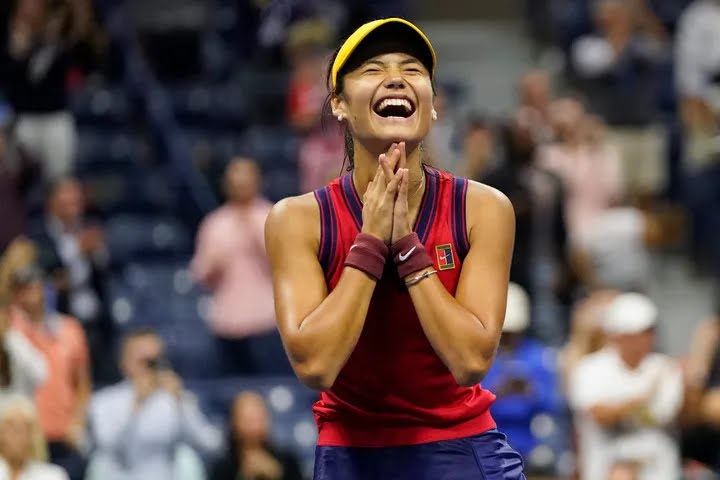 Oyogist Has Learned that 18 yr old great Britain’s tennis player, Emma Raducanu has reached the US Open final after a stunning, one-sided victory over Maria Sakkari.

Raducanu is now the first qualifier – male or female – to reach the final of a singles Grand Slam tournament.

Raducanu was ranked 361st in the world when she burst on to the scene at Wimbledon earlier this summer – a month after receiving her A level results.

The teenager battled with three qualifying matches to make the main draw at the US Open, which is only her second major tournament.