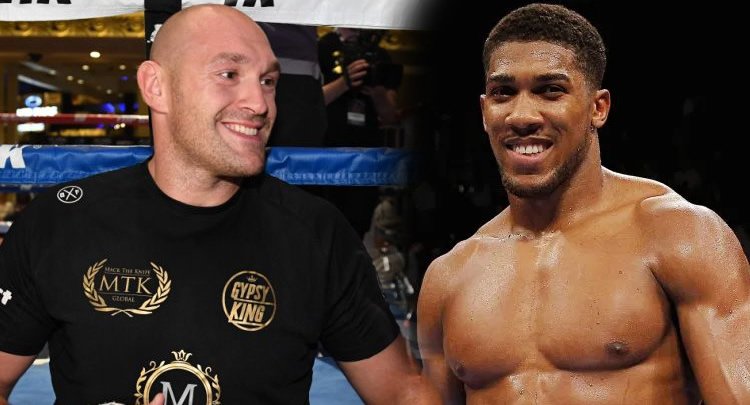 Joshua, popularly known as AJ, who is the current WBA, IBF and WBO heavyweight world champion, in a recent interview with Man United legend, Gary Neville, said, “I’ll smoke that guy. I will. It’s annoying,” talking about Fury.

When Fury appeared on Neville’s show, The Overlap, and was shown the clip of AJ’s earlier interview, the British boxer did not hold back in his response.

Fury said: “AJ couldn’t smoke a cigarette, never mind smoke the ‘Gypsy King’. He hasn’t got the minerals to fight a man like me.

“I will absolutely annihilate that bodybuilder.”

Talking about respect for each other, Joshua was hesitant when Nevile asked if he had ‘respect’ for Fury, saying he does not see his rivals in this way.

But asked the same question, Fury said, “I respect any boxer that gets in the ring.

“I respect him not only because of the boxing side of things – I respect him because he’s come from a very rough council estate, he was a drug dealer and all that sort of stuff in his early life, and he’s changed it all around.

“I’ve done everything he hasn’t done, but he’d love to do.

“He’s been filtered, media trained, he has all this big team around him, a 20-man entourage, he has to turn up mob-handed somewhere.

“And he’s still only voted the seventh most popular sportsman in the country, behind Andy Murray.

“Me – big old fat guy, bald, hairy, ugly, from Morecambe, gets all the love of the people.

“I come here on my own, no security people around me, I don’t need to be held away from my fans that made me the star I am.

“I don’t need to change. For him, he’s had to change his image, so I’d almost call that fake, a character.

“He plays this, ‘So humble, I’m such a nice person,’ and all that, but I do truly believe that’s a mirage, smoke a mirrors job, well done by his team.

“When he’s let off and does own thing, sometimes he comes out of his shell and shows the real him, and he gets in big brother for it.”