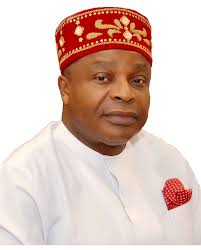 It was gathered that Mr Effiong was abducted at a bar by armed men who drove in a Toyota Camry car.

The police spokesperson in the state, Odiko McDon, on a radio station in Uyo, Planet FM, said they had received a report of the incident.

“The CP has ordered an investigation into the matter,” Mr MacDon, a superintendent of police, said.

“I believe that in no distant time we will get more information on it. But as I speak, yes, we have received that report and we are working to ensure he can be rescued,” he added.

His abductors were yet to establish contact with his family as of the time of filing this report.

The former senator represented Akwa Ibom South District from 2015 to 2019. Before then, he served as the speaker of the Akwa Ibom House of Assembly.