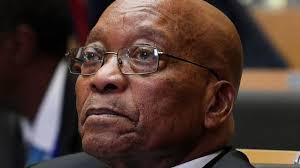 The NPA said they received the report following proceedings at the Pietermaritzburg High Court, where Judge Piet Koen gave Zuma’s defence team until 20 August to file the medical report.

“I can confirm that today we received a medical report that relates to Mr. Zuma’s state of health from his legal team,” NPA spokesperson Mthunzi Mhaga said.

He added: “Because this document is a confidential one, we cannot comment until the matter is resolved in court.” Zuma and French arms company, Thales, face 16 multi-billion dollar corruption, fraud, racketeering and money laundering charges linked to an arms deal in the 1990s when he was deputy state president.

#BBNAIJA: “I receive a lot of messages from celebrities – Angel Reveals