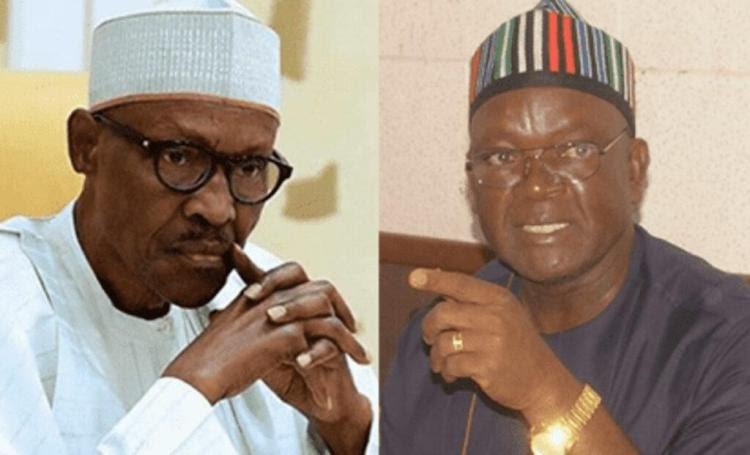 Oyogist has learned that Benue State Governor, Samuel Ortom has once again, advised the presidency to face the real security issues facing the country rather than chasing and sidelining him.

According to Governor Ortom he is speaking the minds of Nigerians and that he stands by his words on Channels Television interview because this is not the first time a Fulani is the president of Nigeria.

He said the presidency had never hidden its hatred for him and its latest outing only confirmed that fact.

“The tone of the said statement shows the quality of presidency Nigeria currently has. Because they chose to abandon the message to go for the messenger”

According to the governor, for the presidency to describe as “undistinguished”, the career of a governor like him who has held many key positions at the state and national levels proves that those who penned the piece were under the influence of some negative substances.

“For the information of Garba Shehu and his cohorts, I rose to become a local government chairman, state publicity secretary of National Centre Party of Nigeria; state treasurer of All People’s Party, state secretary as well as state deputy chairman of the Peoples Democratic Party, national auditor of the PDP, minister of the Federal Republic and now a two-term governor.
“We are aware of the Presidency’s plot to cause crisis in Benue and make the state ungovernable so that he will declare a state of emergency, so whenever each of their plans fails as it happened with the impeachment attempt on the governor before the 2019 elections, they resort to cheap blackmail.
“I have been accused of making a law to chase Fulani out of Benue; a claim that lacks substance and only goes to prove that they have not read the Open Grazing Prohibition and Ranches Establishment Law of the state. They can’t even justify their narrative that I hate Fulani when some of my appointees are Fulani people.

I want
the presidency to realize that no amount of blackmail and media attack can discourage me from speaking against the injustice and pain the present government has caused Nigerians. No amount of sponsored smear campaigns against me can force me to repeal the law on open grazing of cattle in Benue State.”
buhariOrtom
Share
0
FacebookTwitterPinterestLinkedinRedditWhatsappTelegramViberEmail