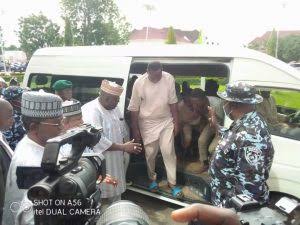 Another good news as the abducted students of the College Of Agriculture and Animal Science Bakura, Zamfara State, regain their freedom, Oyogist.com reports.

It could be recalled that on the 16th August, 2021 suspected bandits attacked the college and abducted 19 persons consisting three staff, 15 students and a driver.

The college deputy registrar, Atiku Aliyu Bakura, had revealed that the Bandits demanded a ransom of N350 million for the students to be released.

According to Governor Bello Matawalle, the students were released on Friday through the help of some repentant bandits.

The governor also noted that no ransom was paid for their release.

Meanwhile, Governor Matawalle has declared closure of all major markets in the state, close all filling stations in local areas, no selling of fuel in jerry cans.

I’m being considerate about his feelings that’s Why I Give him More Attention Than Other Guys, Nini talks about her relationship with Saga

#BBNaija: Why I don’t trust Maria — Cross opens up