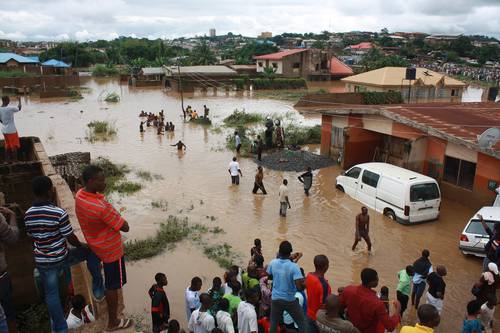 According to report reaching oyogist.com, the World Bank has canceled its funding supports to the Second Pool of Long-Term Investment (PLT12) implemented under the Ibadan Flood Management Project (IUFMP), an agency of the Oyo State Government following issues in contract bidding.

This is coming when there is fear that the perennial flood synonymous to Ibadan metropolis will increase especially with the early flooding warning issued by the Nigerian Meteorological Agency (NIMET).

According to the Nigerian Tribune, the state government allegedly failed to conclude the contract award of the successful bidders for the four Lots (3A, 3B, 4A & 4B) under the World Bank international Competitive Bidding Process and this led to criticisms from some groups in February.

In a letter signed by the World Bank Country Director for Nigeria, Western and Central Africa Region, Mr Shubham Chaudhuri, dated July 30, 2021, addressed to the state Governor, Engr Seyi Makinde, conveying the cancellation of the project and the withdrawal of $52 million (about N26Billion) funding supports, the World Bank frowned over the failure of the state government to meet the basic conditions for the no objection for the three companies that emerged under the World Bank supervised bidding process since May 5, 2021.

The Bank also condemned the poor and slow response time of the government to IUFMP activities, which it said have largely affected the agency’s ability to perform effectively.