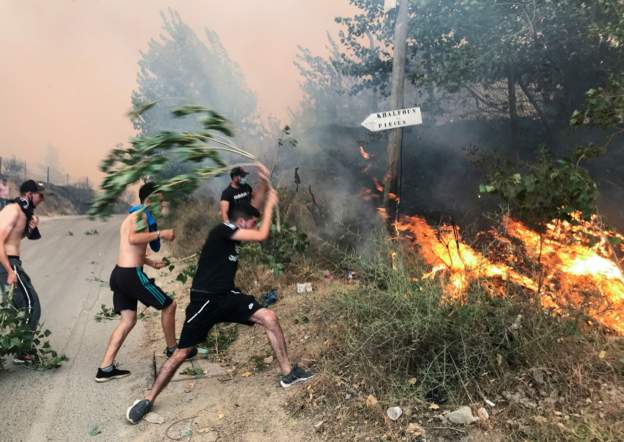 Oyogist has learned that at least 42 people have now been confirmed dead as a result of more than 100 wildfires in Algeria.

The most intense have taken hold in forested mountains of the Kabylie region, where 25 soldiers have been killed fighting fires.

Algeria’s President Abdelmajid Tebboune has sent his condolences to the victims’ families,

as army troops had rescued more than 100 people from the flames.

Further investigations into the cause of the wildfires are currently ongoing, as

interior ministry suspects arsonists are behind many fires.
Wildfires in several Mediterranean countries may worsen as a forecast heatwave traps desert air over the region.Tunisia’s capital, Tunis, experienced a record high temperature of 48C on Tuesday.
AlgeriaWildfires
Share
0
FacebookTwitterPinterestLinkedinRedditWhatsappTelegramViberEmail

JUST IN; SA president, Cyril Ramaphosa due to appear before corruption inquiry