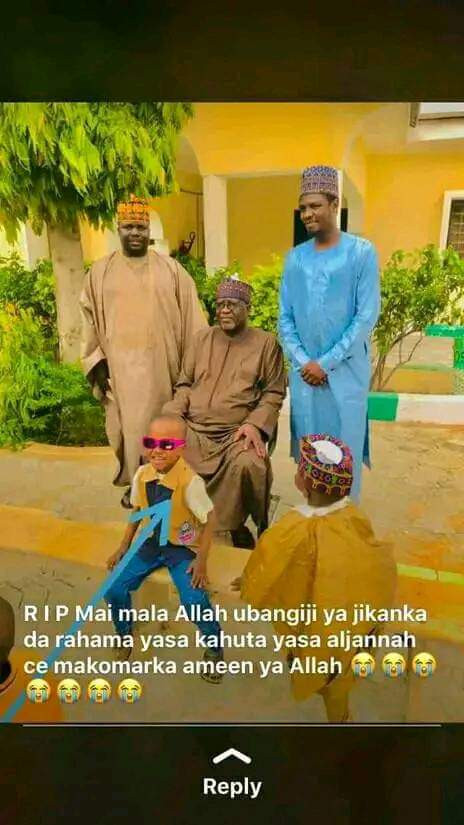 The accident that took Khadija’s life happened along the Maiduguri-Kano highway.This is coming a week after he lost his son, Mai Mala Buni Junior, in an accident.

Hussaini Mai Suleh, Press Secretary to the Deputy Governor, in a statement said until her death, Siyama was a student an SS 2 student at Essence International School, Damaturu, the state capital.

According to Suleh, the burial of the late Khadija Idi Barde is scheduled to take place at Mai Fune’s Place, Damagum by 4:00 pm, Thursday 16th June 2022.