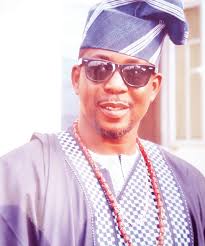 A pastor at King of King Parish of the Redeemed Christian Church of God (RCCG), Lagos identified as Bolanle Ibrahim has been shot dead, Oyogist.com reports.

The pastor was gunned down on the altar of the church located inside Maidan village in Ikosi Ketu Local Government Area of Lagos State.

It was gathered that the deceased was said to be praying for some person during a child dedication when gunmen broke into the church.

The deceased aunt, Mrs. Justina Alebiosu, described the incident as a clear case of assassination.

“Before they killed him, they showed him his picture to identify if he was actually the right person they came for. His death was an unfortunate one, we have lost a gentleman, it was true we were born as Muslims, but we converted to Christianity. My thinking is that my brother had business transaction with someone,”she said.

Mrs. Alebiosu called on the police commissioner, Hakeem Odumosu to release the body of her brother for burial, saying, “presently we are all down morally, because of his sudden death”.

The distraught wife of the deceased, Mrs. Kudirat Ibrahim, who said her husband was fasting the day he was killed, dismissed the insinuation that he was a cultist.

The state Police Public Relations Officer (PPRO), CSP Muyiwa Adejobi, who confirmed the incident, said the police have launched a manhunt for the assailants.

He said, “We are investigating the case because we have a clue into the killing.

”He, however, said, the Commissioner of Police Lagos State, Hakeem Odumosu had directed the tactical Commanders to handle the matter as expected, saying “We will unravel the case.”

He added that the CP had taken steps to stem the activities of cultists in Mile 12 and Ketu areas.

Reality star, Ozo gets a house from his fans on his birthday