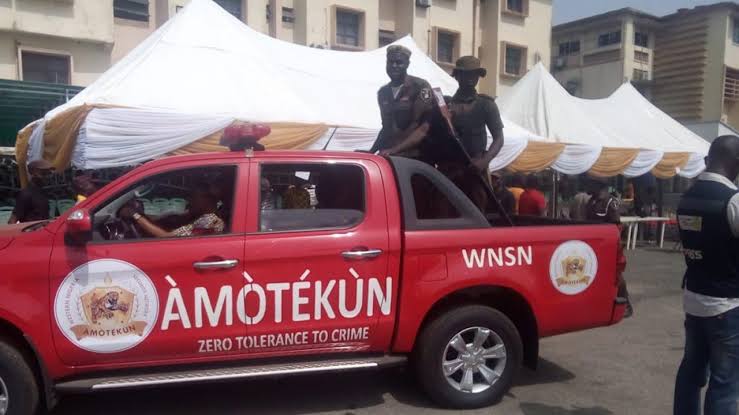 The two suspects were killed during a failed kidnap attempt by the kidnappers who attacked Iwere-Ile town.

Sources confirmed to Oyogist that the kidnappers stormed the community around 3.pm on Friday and made an attempt to kidnap some of the residents.

Olayanju revealed that weapons were recovered from the suspected kidnappers, adding that they have been deposited with the police.

Olayanju who spoke further maintained that the operation was carried out in collaboration with local vigilantes and hunters.

.“That’ss what happened.“Weapons recovered from the kidnappers have been deposited with police.“The operation was conducted with local vigilantes and hunters,” he said.