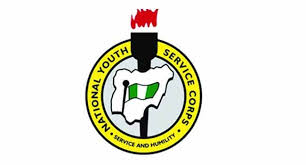 Oyogist has learned that the national youth service Corps has confirmed the painful exit of 5 corps members in a road accident.

The incident reportedly occurred at the Abaji-Kwali expressway.

A statement released by the NYSC scheme says five of its members died after suffering severe injuries.

It reads;‘It is with deep sense of sorrow that the Director-General, Management and the entire NYSC Family commiserate with the families of five Prospective Corps Members that lost their lives in a ghastly motor accident on, 28th July, 2021, along Abaji/ Kwali Expressway.

“The Director-General and Management also condole with the Governments and people of Akwa-Ibom and Imo States over the tragic incident that has left the Scheme devastated.

“May God grant the families and loved ones the fortitude to bear the irreparable loss.