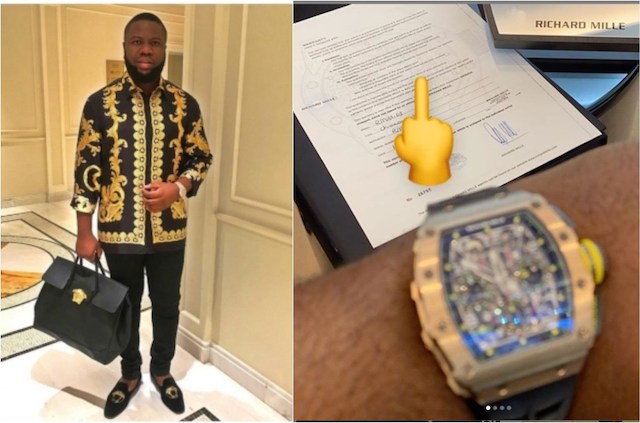 Oyogist has learned that Nigerian fraudster, Ramon Abass, popularly known as Hushpuppi, has pleaded guilty to the money laundering charge labelled against him.

In the court file signed by Loius Shapiro, Hushpuppi’s lawyer, on behalf of the defendant agreed to give up the right to indictment by a grand jury and plead guilty to count two of the trial .

“Case No. 2:20-CR-00322-ODW.”The referenced court case, it is understood, charges Hushpuppi with “conspiracy to engage in money laundering.”“For a person to be deemed guilty of the crime, there was an agreement between two or more persons to conduct a financial transaction involving property that represented the proceeds of wire fraud,” the document reads.

It also added that the defendant must have known that the funds were “proceeds of some form of unlawful activity” and the transaction was designed “to conceal the nature, location, source, ownership, or control of the proceeds.”

By pleading guilty, Hushpuppi now faces up to 20 years in prison at sentencing.