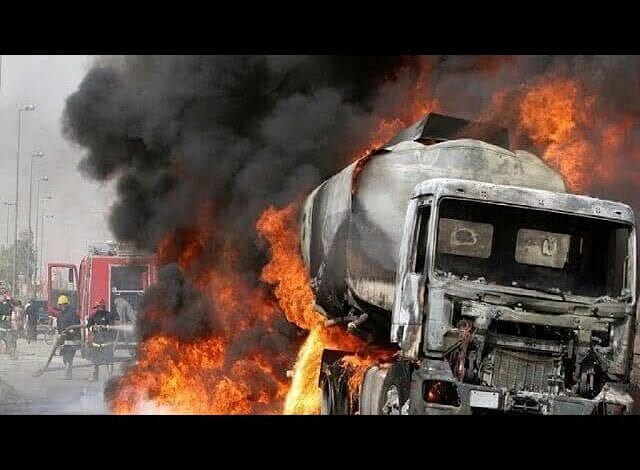 Oyogist has learned that few days after a tanker explosion occurred along the Lagos Ibadan expressway, which led to the destruction of several vehicles, another similar event occurred early Tuesday morning.

FRSC Sector Commander in Ogun, Mr Ahmed Umar, who confirmed the incident said that it occurred at about 6.20 a.m.Umar revealed that the tanker explosion occurred in front of Romona trailer park at Ogere.
“The fire is serious; the number of vehicles involved cannot be ascertained yet.“Ogun State Fire Service has arrived the scene, while FRSC operatives are on the ground managing the traffic situation,’’ he said.
Lagos Ibadan expresswayTanker Explosion
Share
0
FacebookTwitterPinterestLinkedinRedditWhatsappTelegramViberEmail

VP Osinbajo urges Nigerian youths to involve themselves in Politics