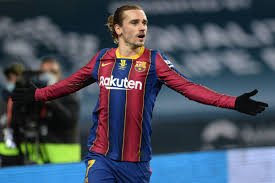 The Bianconeri are reportedly looking at Griezmann to fill Ronaldo’s void, with Barcelona appearing to be equally interested in parting ways with the Frenchman.

However, Griezmann hasn’t decided to leave the Camp Nou yet, though, as he looks to continue his upward trajectory following an improved second season at the club.