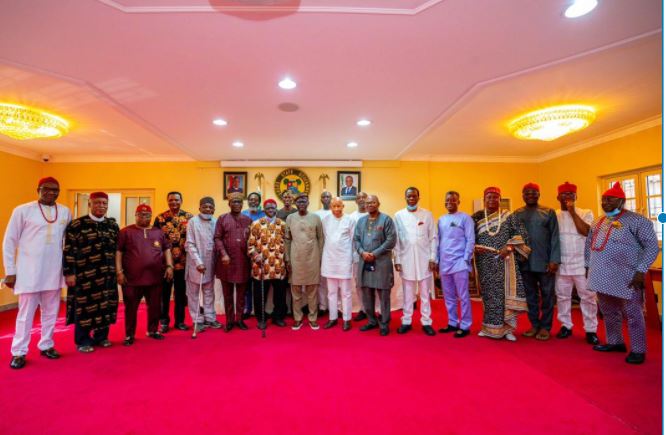 According to report reaching oyogist.com, the Ohanaeze Ndigbo has advised Governor Babajide Sanwo-Olu to ignore the rumour that members of the Indigenous People of Biafra (IPOB) were plotting to attack Lagos.

They called it a ploy to distract the state governor and his administration from providing good governance for residents.

He stressed that the “dangerous rumour or statement is aimed to cause division, crises and conflict amongst us.”

His address entitled, “Violence in any part of Lagos State is violence on all of us” said Ndigbo cannot indulge in any act that will harm the harmonious peace and cordial relationship between Igbo and Yoruba.

The leader commended Sanwo-Olu for the leadership he exhibited at the peak of COVID-19 pandemic that ravaged Nigeria, especially in Lagos State.

Obiazor said Igbo nation was renowned for being agents of development and not destruction.

He declared that the rumor was to cause disaffection between Ndigbo who live in Lagos and their host community, “the second home of several Ndigbo”.

“The quick denial of this rumour by members of IPOB and Yoruba groups in Lagos and across the South West was a source of relief,” the President added.

Obiozor reiterated Ohanaeze Ndigbo’s total support for Lagos State Government and the security agencies’ patriotic efforts to keep everyone safe in the State and throughout the country.

“We have helped over 40,000 children get back into class in the last year”- Governor Seyi Makinde