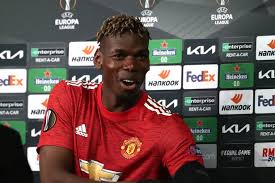 According to Sources, Manchester United will open a fresh negotiation with the player regarding a £400,000-a-week deal later this month.