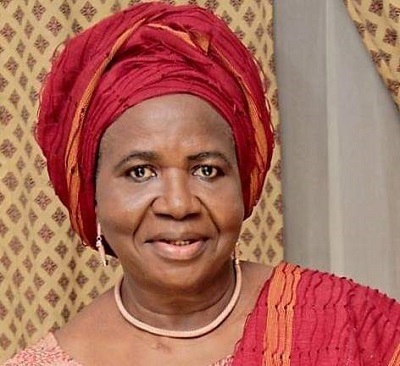 The All Progressives Congress (APC) in Ondo state has suspended the daughter of the previous civilian governor within the state and also the party’s governorship aspirant in the July 20 primary election, Mrs. Jumoke Anifowose.

Anifowose’s suspension was contained in a letter signed by 25 out of the 29 officers of the party at a gathering in Igboroko unit 1, Ward 2, Owo council area of the state.

Several calls convey to Mrs. Anifowose for her reaction weren’t answered. Confirming her suspension, the state Publicity Secretary of the party Alex Kalejaye said the letter of her suspension had been forwarded to the state Secretariat of the party.