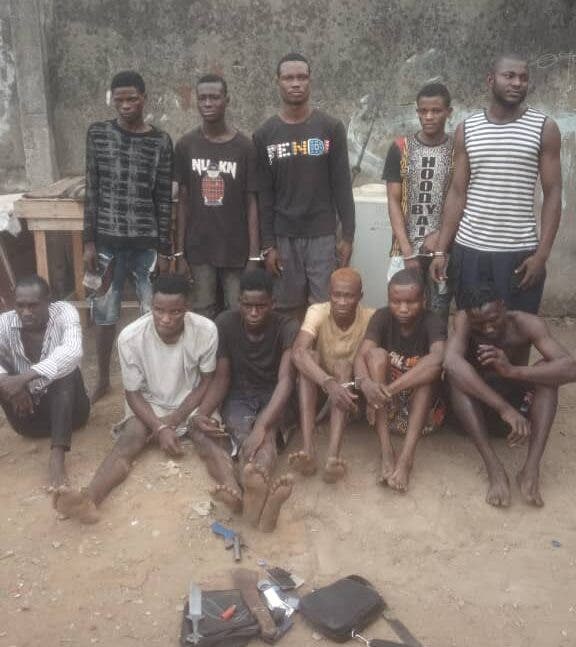 No fewer than eleven suspected cultists have reportedly been arrested by Operatives of the Lagos State police on Monday, January 18, Insidenaija reports.

The Commissioner of Police, Lagos State, CP Hakeem Odumosu said the suspected cultists who were arrested over the weekend, are terrorising Owode-Elede, Agilinti, Maidan and Afinjuomo all in Mile 12 and Ketu area of Lagos State.

He said they were arrested during different operations by the operatives attached to Ketu Division of the Command.

Items recovered from them included one locally-made pistol with life cartridges, weed suspected to be Indian hemp and various charms.

The Police Chief reiterated his commitment to fighting cultism and other crimes within the state to a standstill. He, therefore, directed that the suspects be handed over to the new Deputy Commissioner of Police State CID, Panti, for further investigation.