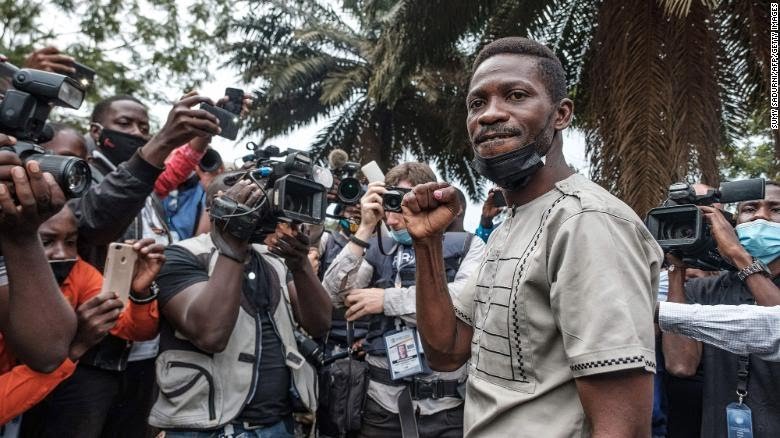 Oyogist.com has learnt that Ugandan opposition presidential candidate Robert Kyagulanyi, also known as Bobi Wine, said in a series of Tweets that his home is “under siege” by the military.

“The military has jumped over the fence and has now taken control of our home,” he said in a tweet today, further adding in another that “None of these military intruders is talking to us. We are in serious trouble. We are under siege.”

Recall Oyogist.com had earlier reported that Bobi wine claimed they where traces of “widespread fraud and violence experienced across the country” during Thursday’s presidential elections, which took place under a complete internet shutdown.

“The challenge now is for the country’s electoral commission to “declare the will of the people,” Bobi Wine wrote on Twitter.
Bobi wineMilitary siegeUgandaUganda Election
Share
0
FacebookTwitterPinterestLinkedinRedditWhatsappTelegramViberEmail