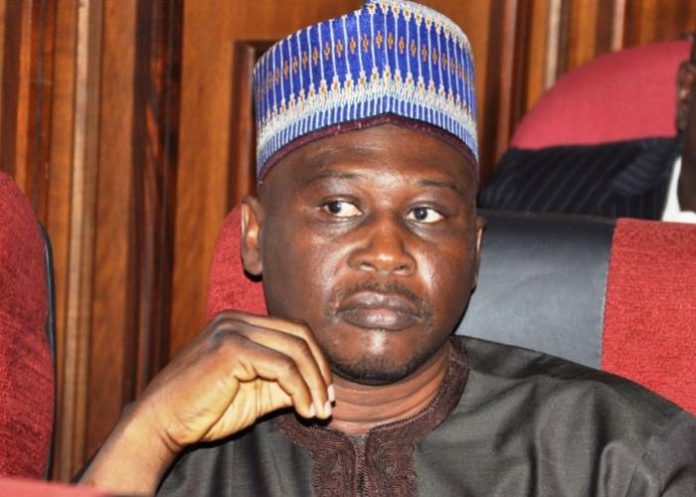 According to report reaching oyogist.com, the former Governor of Adamawa state, Bala Ngillari and the Senator representing Adamawa North Senatorial District, Elisha Abbo, who recently defected to the APC, have made it known that they joined the APC to end the reign of the current state Governor, Ahmadu Fintiri.

The duo noted that they were desperate to sack governor Fintiri, from power in 2023, as they claim the governor as being unfit for the position of governing the state.

Bala Ngillari, noted that he left the People’s Democratic Party (PDP) because the party was dying and he joined the All Progressive Congress (APC) to help bury the party for good.

“One of the reasons why I dumped the PDP for the APC is that PDP is a dying party. In fact, PDP is dead and it will be buried in 2023,” he said.

Senator Elisha Abbo also noted that he joined the All Progressive Congress to help take back the state from ‘thieves’ who have looted and milked the state dry.

“We are after the interest of Adamawa state pure and simple. We are not desperate about power; but we are desperate about one thing to remove that thief. And we will do it nothing on earth will save him.”