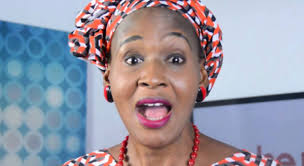 Though, she refused to disclose reasons why they’re currently hiding, she alleged that they were deceived thinking there would be an easy passage for them to Canada.

“David Hundeyin continues to waste his youth slandering people he’ll never live to become. “After destroying names, he is hiding in Bénin republic with Rinu Oduala.

“They were deceived thinking there will be an easy passage to Canada. David pretends to be in the UK. Asylum Declined!