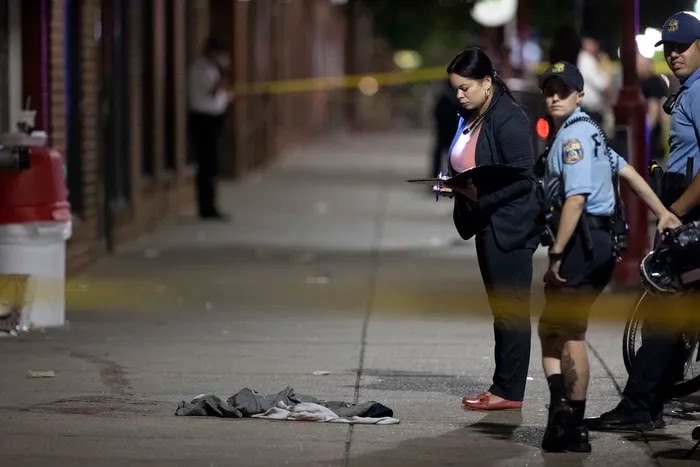 Three people have died and at least 11 wounded in a shooting around Second and South streets in Philadelphia, Oyogist reports.

An officer fired at one of the assailants as they were actively shooting into the crowd, police say.

Another shooting had occurred at the same intersection on Tuesday.

Meanwhile, Authorities say no arrests have been made but that a weapon was recovered.

The department said on Twitter to avoid the area and that several people were injured.