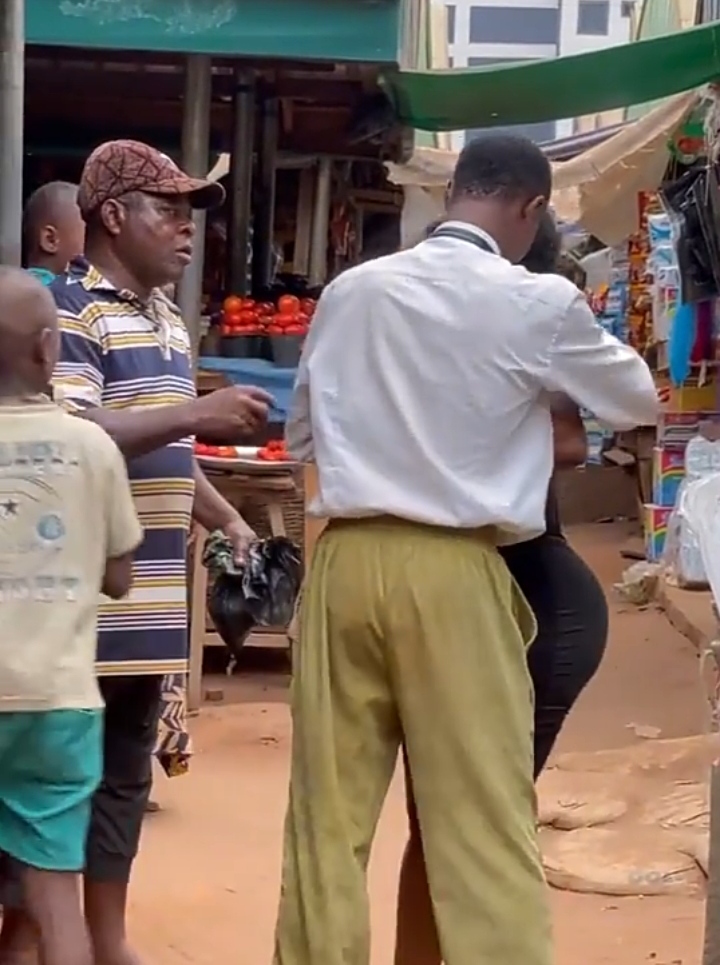 Oyogist has learned that A visibly enraged man has done the unthinkable after he received reports that his girlfriend had an affair outside their relationship.

The video which was captured by Oyogist showed the moment the aggrieved boyfriend made the beautiful lady publicly remove everything he bought for her.

Meanwhile, several attempts were made by onlookers to stop the angry boyfriend but all to no avail.

The lady herself, knowing what she had done, took off some of the items she was putting on for the gentleman who had already snatched her shoes at this point.

Although, many had initially thought it was a prank video, the lady was heard shouting ‘No be film o’ as she tried to prevent the man from pulling her undies off completely.