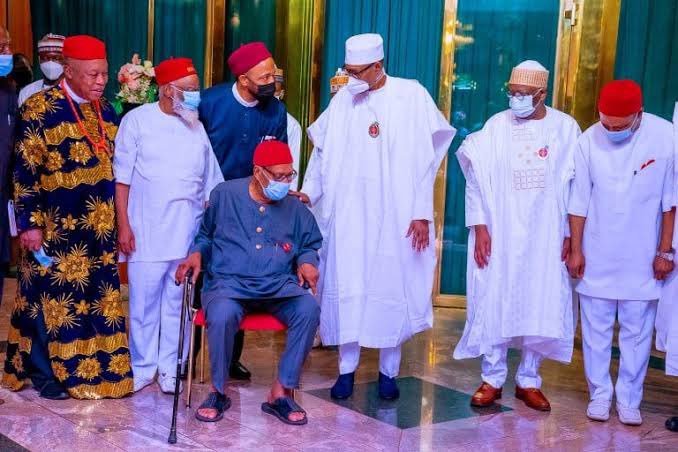 Abuja based human rights activist, Comrade Deji Adeyanju has once again deepened calls for an Igbo presidency in the forthcoming 2023 Elections, Oyogist reports.

The lawyer in a recent post on twitter called on Nigeria’s President, Muhammadu Buhari to endorse an igbo man for the presidential position come next year.

According to him, if that is done, the president would be remembered by many forever.

“President Buhari will be celebrated forever if he endorses an Igbo man. The president has nothing to lose but everything to gain.

” He has already done almost 8yrs. All that matters now is legacy and what he will be remembered for and nothing more. On Igbo presidency I stand.

Recall Comrade Adeyanju had previously suggested that the 3 main Aspirants in the PDP by delegates power are: Atiku, Wike, Tambuwal.

Speaking further, he disclosed that PDP Governors want one of their own as the party’s candidate.

“They are torn between Wike and Tambuwal but there are indications they might unite to oppose Atiku,” he tweeted.

2023: Mr Macaroni Reveals Why He Will Never Support Ruling Political Parties in Nigeria