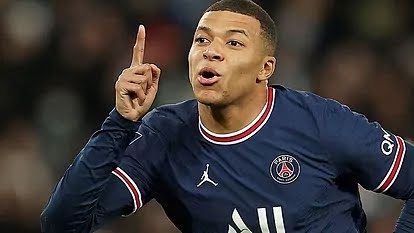 Oyogist has learned that Kylian Mbappe has rejected Real Madrid as he is set to sign a new deal at Paris-Saint Germain that will see him stay at the club.

According to sources, Mbappe has informed Real Madrid president Florentino Perez about his decision.

Mbappe arrives at PSG’s hotel ahead of Saturday night’s game.

It’s the second time Mbappe has rejected Real Madrid, after he left Monaco for PSG in 2017 and, just like five years ago, this isn’t the outcome Real Madrid hoped for.

Real Madrid and Mbappe had reached an agreement last week regarding the terms of his contract.

This included, among other details, the payment of 130 million euros as a signing bonus, the total dominance of the image rights and a very lucrative salary.

However, Mbappe and his team, who have been constantly surrounded by political pressure from Qatar and the France, continued to listen to PSG at all times.

“It’s the hardest decision of his life,” those close to him explained.

The French entity has given him everything he has asked for, including a major sum of money, however, the most important factor has been the sporting aspect.

At PSG, Mbappe will have a voice and will be listened to, having an influence in the election of a new sporting director as well as the next coach.

The 23-year-old will also have a say on recruitment to boost the team’s hopes of winning a first Champions League.