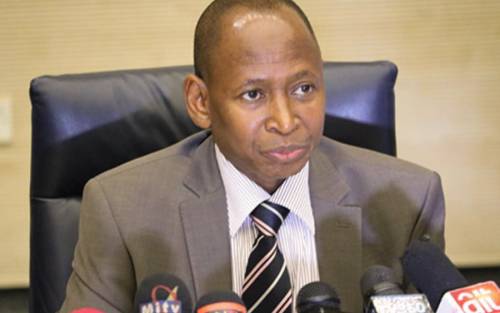 The Nigerian Government has suspended Ahmed Idris, an accountant general of the federation indefinitely, Oyogist reports.

In a letter dated May 18, 2022 and issued two days after his arrest by the Economic and Financial Crimes Commission (EFCC) over an alleged N80 billion fraud, Zainab Ahmed, the minister of finance, budget and national planning said the suspension “without pay” was to allow for “proper and unhindered investigation” in line with public service rules.

While being suspended, Ahmed is not expected to come to the office or contact any official in his office except for any disciplinary hearing that may be advised.

Recall it was earlier reported that Mr Ahmed, used his affluence to marry a 16 Year old teenager.

A family source close to the Accountant-General said he bribed some media organisations the family of his 16 yr old wife contacted for help and their request to expose his atrocities was therefore turned down.

“He went as far as bribing this girl with gold of over N200million, iPhones, buying cars for her, giving her millions of naira – all to buy her attention.

“He started meeting different people that he wanted to know about the girl’s family; he married the girl, just like that, the source stated further.