JUST IN: Tension As Youths Stage Protest In Sokoto Over Arrest Of Deborah Samuel Killers 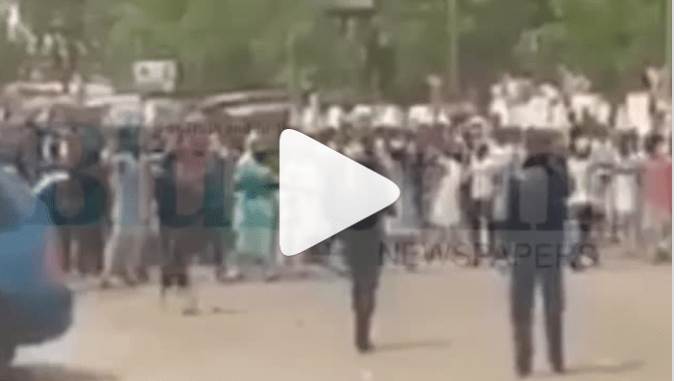 Several irritate youths in Sokoto on Saturday staged a protest against the arrest of Alleged killers of Deborah Samuel.

Recall Oyogist had earlier reported that the deceased, Deborah was stoned to death over alleged blasphemy.

Her death has so far received severe criticism from Nigerians, as many demanded for justice.

However in a recent development, Oyogist gathered that the Sokoto state police command arrested those allegedly involved in the crime.

But youths are currently demanding the release of those who were arrested by the police in connection with her murder.

According to reports, the protests were initially peaceful, but later turned violent, as protesters began to throw stones at the Sultan residence.