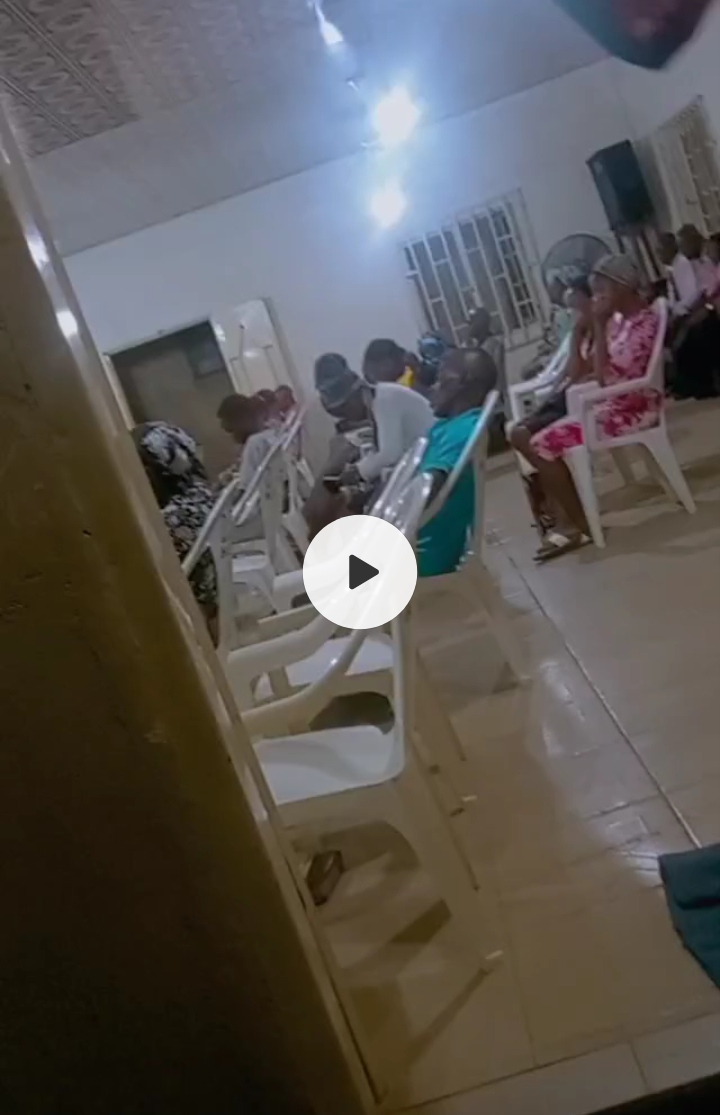 A video obtained by Oyogist showed the moment an unidentified man was captured sleeping throughout a church sermon.

Our correspondent learned that the man who arrived the church located at Calabar municipality axis late, took a chair and laid his head to rest.

Although those present initially thought he was dead, some members of the church tried to draw his attention back to the sermon by waking him up but he refused to oblige.

However, shortly after the sermon was concluded, he woke up to the surprise of many.