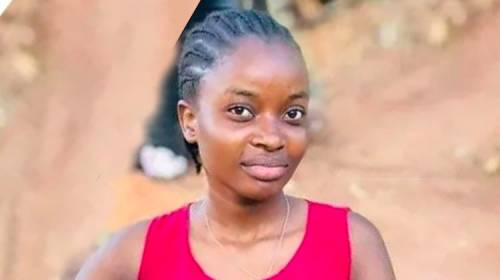 Oyogist has learned that Lawyers of the Indigenous People of Biafra promised to take legal action against the President Muhammadu Buhari-led government over the re-arrest of a 21-year-old woman, Glory Okolie, who recently got out of the Suleja Correctional Centre in Niger State.

Okolie was arrested by the Imo State Police Command over her alleged links with IPOB.

A source while confirming her arrest disclosed that the young lady was nabbed shortly after she went to a bank branch in Owerri to withdraw some of her money.

“The NPF through the Imo State Police Command, through the DPO of Shell Police Station, rearrested Okolie, who was only granted bail out of Suleja Prison last week,” the source had said.

The police spokesperson also disclosed that Okolie was arrested because she went to her Owerri bank to withdraw money, after it was flagged down by the Inspector-General of Police Intelligence Response Unit before her arrest and eventual bail.”