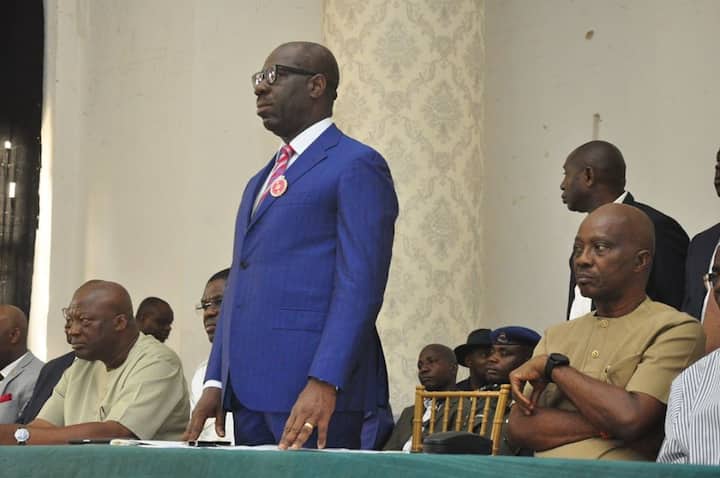 Oyogist has Learned that the governor of Edo state, Gov. Obaseki has reacted to claims that he is considering Decamping to the ruling All Progressive Congress (APC).

Obaseki in a statement released by his media aide insisted that he has no plans of Decamping to the ruling All Progressive Congress.

Obaseki further disclosed that nothing can stop the PDP’s winning streak in Edo.

“I can’t leave PDP. I will not decamp from the PDP; we will always win any election. PDP won in the last election and we will continue to win all elections in the state and country; nothing will stop us as a party.”

Moreover, speaking to some leaders in the party, the governor noted that there is unity and harmony in the PDP which are mostly reflected in appointments even at the ward level.