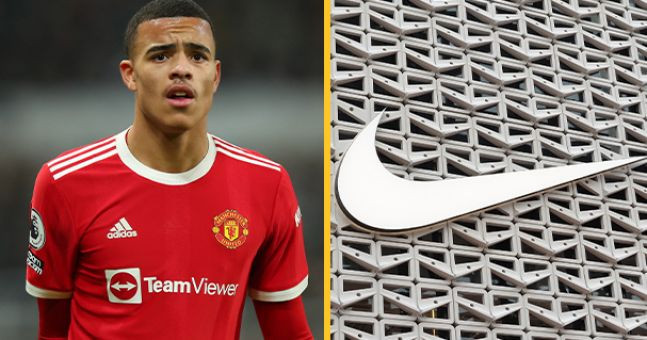 Oyogist.com has learned that Nike have suspended their relationship with Manchester United striker Mason Greenwood following his arrest on rape allegations and assault.

Greenwood, 20, was detained yesterday following the circulation of distressing pictures and audio on social media, which alleged he attacked an 18-year-old student.

The disturbing images showed the woman bloodied and bruised. In the voice recording, the footballer was heard forcing his girl to have sex with him.

In the wake of the allegations, Nike – the world-famous sportswear giant – released a statement stating that they were ‘deeply concerned’. Now, it has been revealed their connection with Greenwood has been put on hold.

A statement read: ‘We have suspended our relationship with Mason Greenwood. ‘We are deeply concerned by the disturbing allegations and will continue to closely monitor the situation.’

It added: ‘Manchester United does not condone violence of any kind.’

In a new statement on Monday, Nike, who sponsored Greenwood, said they had “suspended our relationship” with the footballer, as reported by the Athletic.

Their statement added: “We are deeply concerned by the disturbing allegations and will continue to closely monitor the situation.”

United have also suspended the player, who earns a reported £75,000-a-week.

VIDEO: Woman gives birth to a baby boy onboard a flight to the United States

Former Governor of Anambra State, Peter Obi reveals the condition in which he will run for the post of Nigeria’s President in 2023