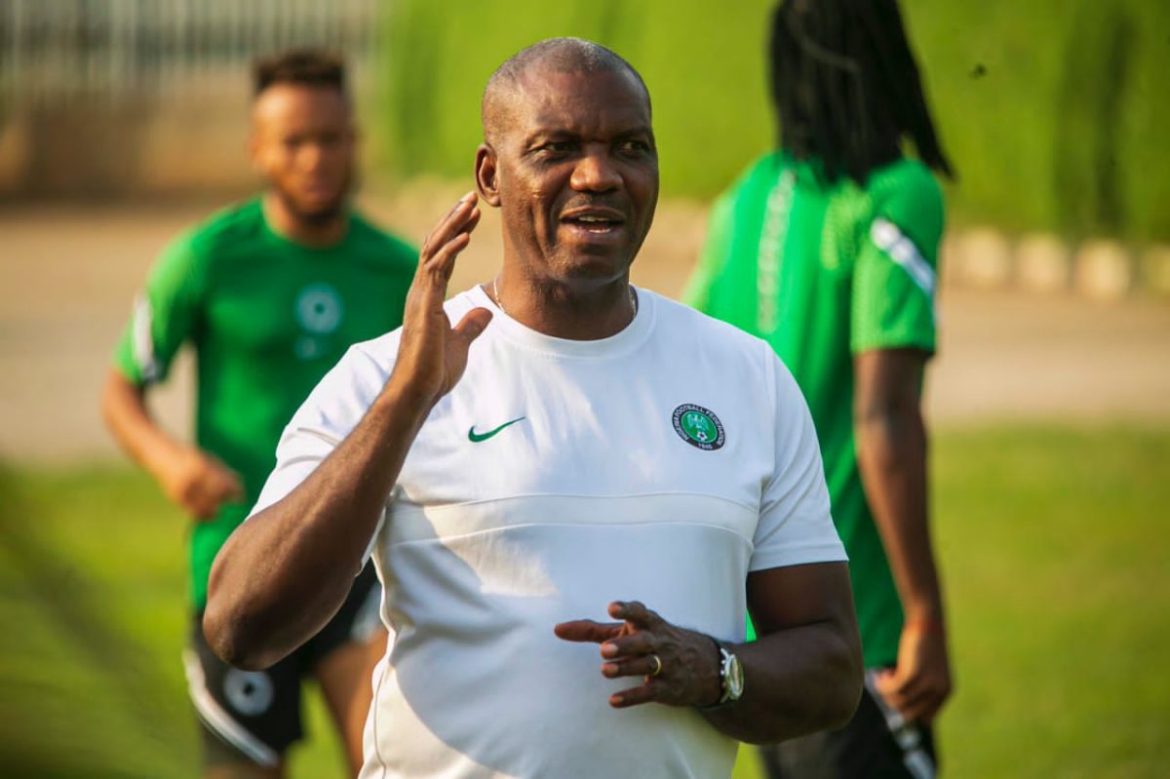 Augustine Eguavoen has promised fans of the Nigeria national team that “we will be back”.

In an interim capacity, Eguavoen led the Super Eagles team to a disappointing second-round elimination at the ongoing 2021 Africa Cup of Nations.

It is the first time the three-time champions would be knocked out at the Round of 16 stage since it was introduced to the Nations Cup.

However, Nigeria played some of their most impressive football under Eguavoen, defeating Egypt, Sudana and Guinea-Bissau in the group stages.

Many Nigerian fans have been disappointed, hurt, and angry since Sunday after that unexpected result.

But Eguavoen has urged them to keep their faith in the Super Eagles.

“Our greatest strength is in the fact that we always come back stronger. Your support of the Team over the past few weeks has been exceptional.

“The police should be well funded, increase their minimum wage to N100,000″– Oluwo urges Federal govt