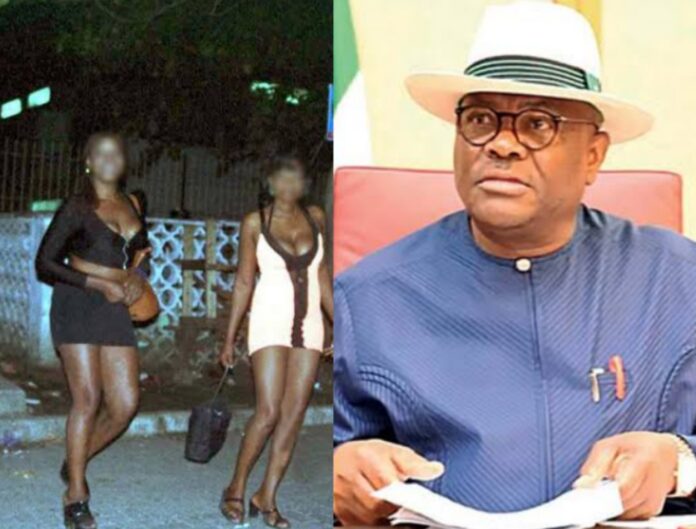 According to report reaching oyogist.com, Rivers State Governor, Nyesom Wike has banned Nightclubs and prostitution in the state.

Wike gave the order in his New Yesr broadcast in Port Harcourt on Saturday, Wike banned nightclub activities including nighttime trading and street prostitution especially along Abacha road and surrounding streets particularly in the Casablanca area.

According to Wike, the move will “Stop the harmful effects of this depraved activities on the moral development of the children and society at large.”

However, it remains unclear how long the ban will last, but certainly, the Governor has less than two years left in office.

Wike further directed security agencies in the State to arrest and prosecute anyone attempting to violate the ban. He said a taskforce would be set up to this effect.

The Governor Wike-led administration will come to an end after the general elections in 2023.

Money is not a tool to oppress people, only people with inferiority complex oppress...