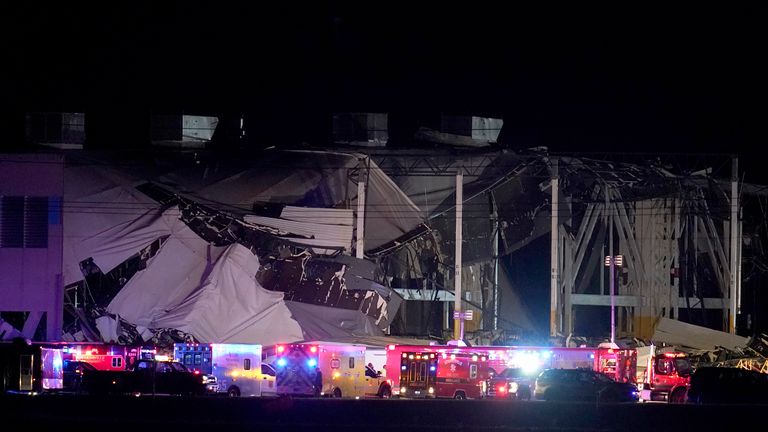 According to reports reaching Oyogist.com, rescue crews in the US state of Illinois are responding to reports of injuries at an Amazon warehouse after the roof collapsed due to bad weather.

The Amazon centre is located near Edwardsville, about 25 miles west of St Louis was affected by severe weather – including a thunderstorm and a tornado.

At least 100 employees who were working the night shift were present at the time of the collapse.

It was not immediately clear if or how many people were hurt, but the Collinsville, Illinois, Emergency Management Agency called it a “mass casualty incident” on Facebook.