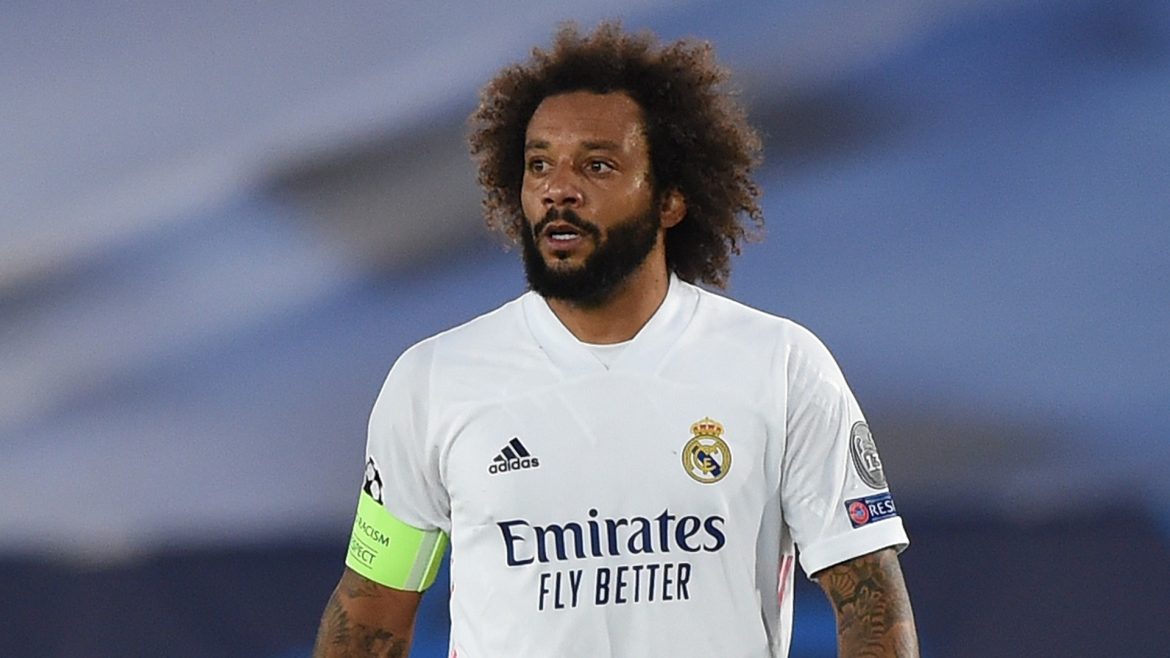 Real Madrid captain Marcelo is set to leave the club after 15 years.

The veteran left-back has established himself as a club legend at Los Blancos, with whom he has made 533 first-team appearances and won 22 trophies.

The Brazilian had been a key figure in Madrid’s first team for over a decade but had lost his starting berth in recent years following the arrival of Ferland Mendy from Lyon in 2019.

Now aged 33, Marcelo was limited to just 31 La Liga appearances across the past two full seasons while he has been beset by multiple leg muscular injuries in recent campaigns.

UK Mirror reports that Marcelo is out of contract at Real Madrid this coming summer and his deal at the club is not likely to be renewed, meaning that he will leave as a free agent at the end of the campaign.

When Marcelo arrived at Real Madrid, then club president Ramon Calderon said, “He is an important signing for us.

“He is a young player who will inject some freshness into the side and is part of our plan to bring younger players into the squad.

“We’re very happy because he’s a pearl that half of Europe wanted.”