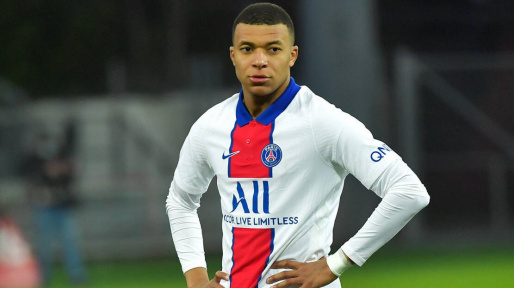 Paris Saint-Germain forward, Kylian Mbappe, has named France as the country that will win next year’s World Cup in Qatar.

The France international disclosed this after scoring four goals in his country’s World Cup qualifier’s 8-0 win against Kazakhstan at the Parc des Princes in Paris on Saturday.

France defeated Kazakhstan to book their place in the 2022 World Cup in Qatar, thanks to goals from Mbappe (4), Karim Benzema (2), Adrien Rabiot (1) and Antoine Griezmann (1) with a game to spare.

Speaking at his post-match press conference after the game, Mbappe said, “A World Cup is a dream, an aim, it’s everything and it’s a unique chance to play in a team that can win it.

“We are going over there to win it.

“We wanted to give ourselves a chance to defend our title.

“Even for those who have played in it and won it, it’s an ultimate dream to play in a World Cup. The fans enjoyed it, so did we.”

Meanwhile, France won the last edition of the World Cup in 2018.

Didier Deschamps’s men defeated Croatia 4-2 in the final to win the World Cup.

Any woman who does not require financial maintenance from you, Should be your Spec, Reno Omokri advises Men