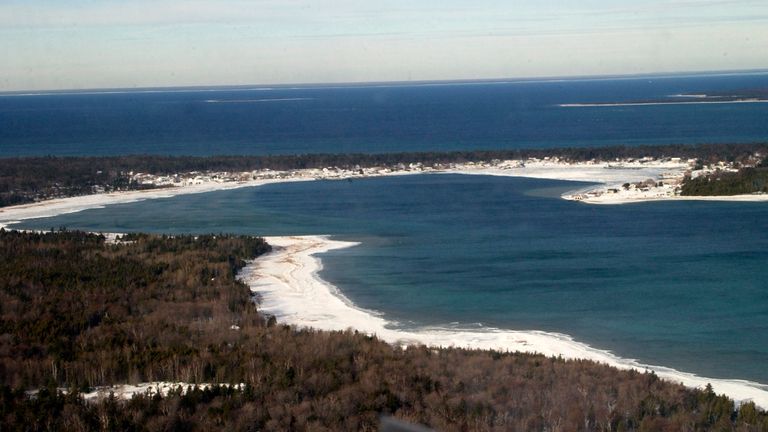 Oyogist has learned that an 11-year-old girl, was the sole survivor of a plane crash that killed four people on an island in Lake Michigan.

According to sources, the flight took off at Charlevoix town and was heading towards Welke Airport when the crash happened.

The helicopter crew members landed and offered assistance and were able to hoist and transport an 11-year-old-female to McLaren Hospital in Petoskey, MI.

Chest compressions were being conducted on the 11-year-old in route to the hospital.