Copyright 2021 - All Right Reserved
Home Oyo State Oyo APC Crisis: “Chief Akin Oke should be concerned about peace rather than causing troubles for the party ahead of 2023 elections”- APC Chieftain
Oyo StatePolitics 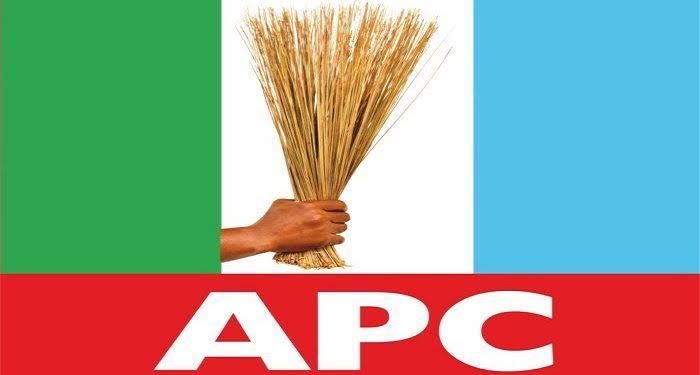 According to report reaching oyogist.com, the immediate past State Secretary of the All Progressives Congress (APC) in Oyo State, Hon. Mojeed Olaoya has told party leaders and members to disregard Chief Akin Oke’s call for the submission of consensus’s list of Elders’ Council and Zonal Leaders, saying only former governor Adebayo Alao-Akala, two former deputy governors, zonal leaders and members of the party’s Elders’ Advisory Council were given the mandate by the Caretaker/Extraordinary Convention Planning Committee of the party.

Hon. Olaoya was reacting to Chief Oke’s report titled “Summary Of The Abuja Meeting Between The National Leadership of APC and Stakeholders of The Party in Oyo State Held On Thursday 4/11/2021”.

The former scribe of the party, in his own report of what transpired at the Abuja meeting of Thursday, described Oke’s report as misinformation.

Hon. Olaoya, in a statement titled Oyo APC State Congress and Abuja Stakeholders reconciliation meeting, said “Oyo state APC congress for election of its executives was held at Liberty Stadium, Ibadan as scheduled on 30th October, 2021 and there was hue and cry from a group of members against the outcome of the congress. The APC CECPC therefore called for stakeholders meeting in Abuja to resolve the matter. The meeting was held at the party’s national secretariat on Thursday 4th of November, 2021”.

“The meeting had in attendance two set of stakeholders from Oyo state: those who were present at the congress and those who boycotted the exercise. The National Caretaker Secretary of the party, Senator John Akpanudoedehe presided over the meeting. Also in attendance was Chairman of Oyo APC State Congress Committee, Hon. Gambo Lawan”.

“Senator John appealed for peace, noting that disagreement is not uncommon in political circles. He urged the stakeholders to learn to agree after disagreement”.

“The complaints from those who boycotted the congress as presented by the former state Chairman stated that delegate lists have been falsified, and that the winners of the October 30th state congress were not consensus candidates of leaders from seven geopolitical zones of the state”.

“On the first issue, the National Caretaker secretary dismissed the allegations that he gave falsified list to Hon. Gambo Lawan. Gambo informed the meeting that as a matter of protocol for the congress, he received the delegates lists from the party’s Director of Organization. He maintained that the lists were not falsified till he gave it to the then state caretaker chairman in the presence of the party’s stakeholders at Oke-Ado State secretariat, Ibadan on Friday, 29th October 2021”.

“The national caretaker secretary clarified that both ward and local congresses results have been approved, therefore there was nothing anyone could do about it”.

“On the second issue, Gambo recalled how meeting of party stakeholders on Friday, 29th October 2021, resolved to non-parallel state congress and zoning template done by the former governor Alao-Akala alongside seven zonal leaders oftheparty. Nobody at the Abuja meeting disagreed with Gambo’s account.”.

“Gambo went further to state that he was held hostage on October 30th 2021, the reason he gave permission to secretary of his committee to go ahead with the exercise and the list of new state executives was affirmed. He hinted us that he had presented his report to the national secretariat”.

“After Gambo’s submission, former chairman, Chief Oke presented his own list, which was rejected by the stakeholders at the meeting. The National secretary thereafter pleaded that we should all go back for harmonization under the leadership Otunba Adebayo Alao-Akala. Also to be part of the harmonization process include former deputy governors Iyiola Oladokun and Moses Alake, seven zonal leaders, members of Oyo APC Elders’s Council, former State Chairman, Chief Oke and myself as former state secretary of the party”.

“Senator John Akpanudoedehe gave us one-week ultimatum to resolve our differences and come up with harmonized list to be duly signed by former governor Alao-Akala before the CECPC approves list of state congresses results across the federation”.

”Chief Akin Oke has been compromised, notwithstanding he should be more concerned about peaceful transition rather than causing troubles for the party ahead of 2023 elections” he concluded.

Nigerian comedian, Gordons’s mother marries at the age of 72