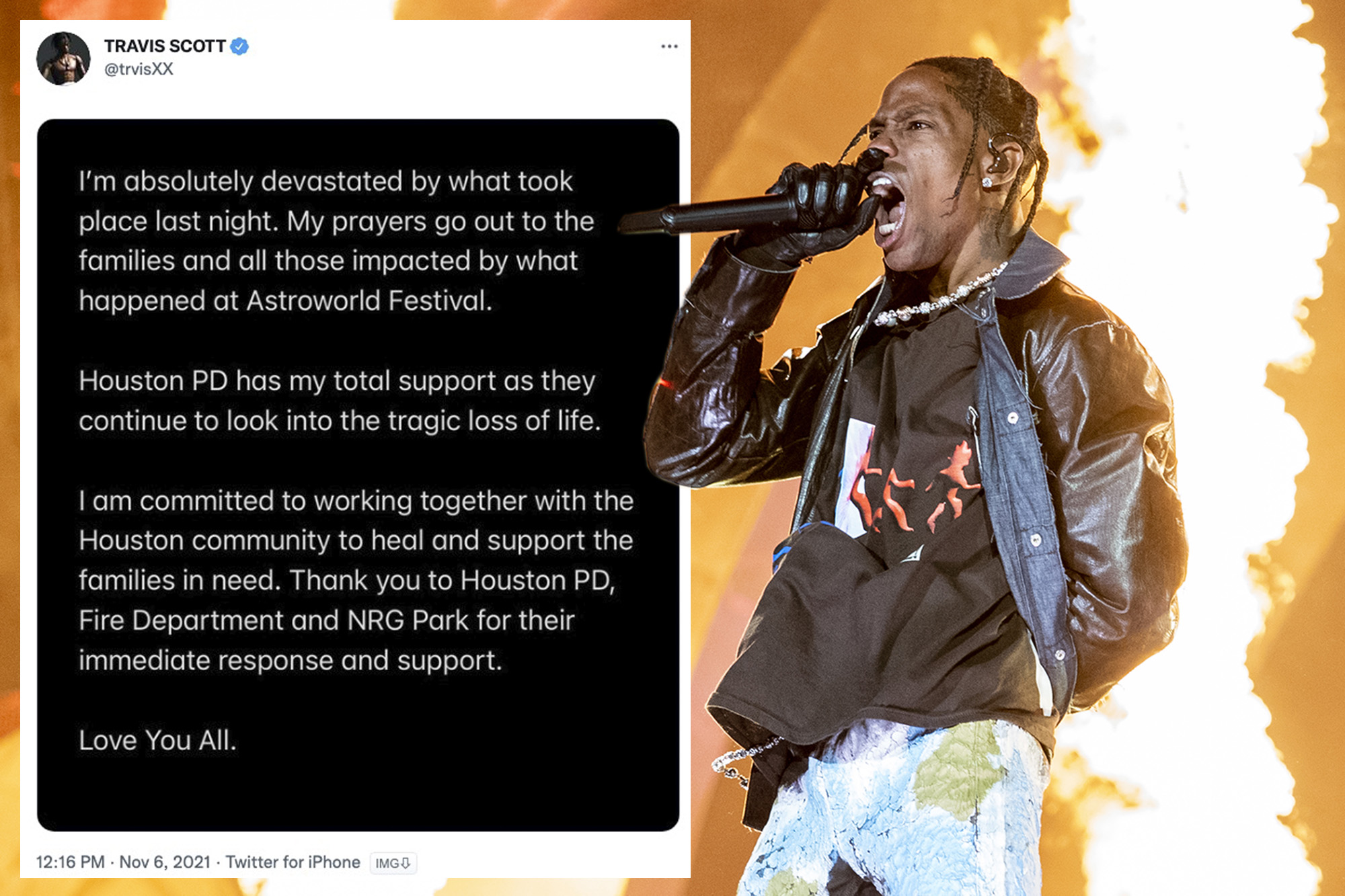 Oyogist.com has learned that Popular American rapper and music producer, Travis Scott, the organizer of the Astroworld Festival in Houston where at least eight people died on Friday night, gave his first on-camera statement in a video posted to his Instagram account on Saturday night.

“We’re actually working right now to identify the families so we can help assist them through this tough time,” the rapper said.

Some concertgoers have criticized the organizers for continuing the show even as unresponsive people were being given CPR and carried away, but Scott indicated he was not aware of how severe things had gotten.

He said, “Any time I could make out, you know, anything that’s going on, you know, I just stopped my show and, you know, helped them get the help they need.” (sic)

Video from the concert’s live stream showed Scott pausing his performance and looking on in confusion as an ambulance pulled into the crowd before finishing the concert, CNN reports.

The cause of the deaths has not been determined, and officials have not released the identities of the victims.

“Our hearts are with the Astroworld festival family tonight — especially those we lost and their loved ones,” Astroworld organizers said in a statement on Saturday. “We are focused on supporting local officials however we can.”

Scott, a native of Houston, has multiple philanthropic projects in the community geared toward providing resources to youths in the city.

The third annual festival, part of a week of charitable activities where Scott and partners unveiled several education and park beautification projects, is named after his 2018 album “Astroworld.”

“My prayers go out to the families and all those impacted by what happened at Astroworld Festival,” Scott tweeted on Saturday. “Houston PD has my total support as they continue to look into the tragic loss of life,” he added.

US rappers, Travis Scott and Drake sued as eight die in Texas concert