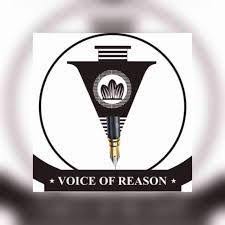 Oyogist has learned that A Yoruba Group, Voice of Reason Advocacy for Social Development Foundation, VOR, has kick started a grassroots campaign to create awareness for the the Yoruba people regarding the need to support a campaign for the abolition of 1999 Constitution of Nigeria to pave way for a regional referendum.

To actualise its vision, the group in unison said it would sponsor radio jingles in frontline radio stations in Ibadan, Oyo State.

Also, VOR said in preparation for a million-man consultative forum scheduled to hold in Ibadan, it launched a registration portal requesting the formal and informal sectors in Oyo State to register for participation.

The group Further announced that it has erected banners and bill boards in all strategic locations in the ancient city, urging the people to register to support the #End1999Constitution.

One of the billboards was placed along Lagos-Ibadan express way, inward Ibadan, after Guru Maraji, Oyogist.com gathered further.