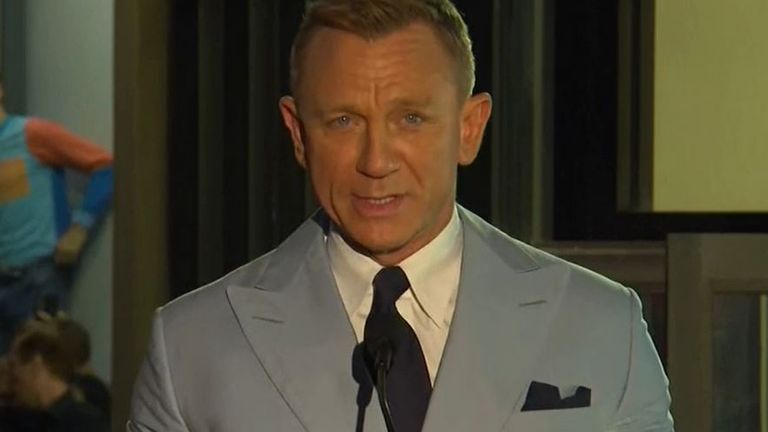 Oyogist has learned that James Bond star Actor, Daniel Craig has been honoured with a star on the Hollywood Walk of Fame in California.

Few days after James Bond movie was released, Craig became the 2,704th celebrity to have his name placed on 7007 Hollywood Boulevard in Los Angeles.
The rare evening ceremony was introduced by Bond producers Michael G Wilson and Barbara Broccoli, as well as No Time To Die co-star Rami Malek.

“To Michael Wilson and Barbara Broccoli, I thank you from the depth of my heart, without you I would not be here today, thank you for those lovely words. Thank you to Rami for those beautiful, beautiful words,” James bond said.

“I never thought I would hear myself say this, but it’s an absolute honour to be walked all over in Hollywood.”
Daniel Craig
Share
0
FacebookTwitterPinterestLinkedinRedditWhatsappTelegramViberEmail

REVEALED: Dubai billionaire, Sheikh Mohammed Accused of buying a £30million estate in Windsor Park ‘to snoop on his runaway wife’